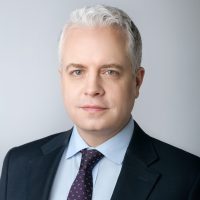 In the highly-specialized field of fidelity and commercial crime insurance, Chris McKibbin has earned a reputation as both a detail-oriented coverage counsel with an encyclopedic knowledge of his practice area, and an aggressive and strategic fraud recovery lawyer who has recovered millions of dollars for fidelity insurers from fraudsters, co-conspirators, auditors and banks over the course of his career. In recognition of his outstanding achievements in these fields, Chris was named by Lexpert® as a “Leading Lawyer to Watch” in Commercial Insurance Litigation in Canada in both 2018 and 2019, becoming a rare double recipient of this honour. He is also included in Euromoney’s Expert Guides: The World’s Leading Lawyers in Insurance and Reinsurance for 2020.

As the only lawyer in Canada whose practice focuses primarily on fidelity insurance, Chris has provided over 18 years of quality service and excellent results for virtually every fidelity insurer. Chris has been involved in most of the significant litigated fidelity coverage disputes in Canada since 2003, including complex coverage disputes involving fidelity policies, financial institution bonds and cyber policies arising from employee fraud, forgery of negotiable instruments, computer and funds transfer fraud and social engineering fraud. He served as co-counsel for the successful appellants before the Court of Appeal for Ontario in the 2009 Iroquois Falls Community Credit Union decision, which is a leading decision in the fidelity area. He was also co-counsel for two successful fidelity insurers in Royal Bank of Canada v. Société Générale, an appeal arising from the $100 million King’s Health Centre fraud.

In his fraud recovery practice, Chris achieves results for clients as efficiently as possible. He secures Mareva and other injunctive relief in connection with the theft of money or confidential business information, as well as Norwich orders to successfully trace stolen funds. Chris has also developed an expertise in the arcane field of claims against banks on cheque fraud losses under the Bills of Exchange Act. In recent years, his fraud recovery practice has expanded to serve corporate clients on direct retainers, in addition to his long-standing fidelity insurer clients.

Chris frequently speaks and writes on fidelity insurance law and fraud recovery. In addition to editing FCL Fidelity Blog, he has also written for the Fidelity Law Journal, The Globe and Mail and numerous other Canadian and American publications. Chris is also a co-author of the third edition of Handling Fidelity Bond Claims, the leading North American reference work in the field, and serves as Co-Chair of the International Section of the ABA Fidelity & Surety Law Committee.

In addition to his fidelity practice, Chris has significant experience in commercial property claims and the defence of insureds under E&O liability policies, especially in cases involving fraud. He also acts for subrogating insurers in pursuing construction defect claims, fire loss claims, products liability claims and other subrogated claims.