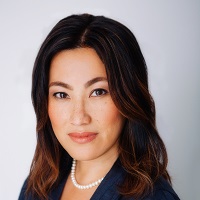 She regularly defends various professionals in regulatory proceedings, and well as in the legal arena. She has appeared before the Human Rights Tribunal, the Workplace Safety and Insurance Appeals Tribunal, the Mutual Funds Dealers Association, the Ontario Superior Court of Justice, the Ontario Court of Appeal, the Alberta Court of Queen’s Bench, the Nova Scotia Supreme Court, and the Supreme Court of Newfoundland and Labrador.

Kim received her Bachelor of Arts degree from the University of Calgary and her Bachelor of Laws degree from the University of Windsor. She is a current and active member of the Canadian Bar Association, Ontario Bar Association, and Canadian Defence Lawyers. Kim is called to the Law Society of Upper Canada, as well as the Nova Scotia Barristers’ Society.